You can tell any story if you have a social acceptable excuse, or if you have a narrative that doesn’t come unexpected to your audience.

Lent is the perfect time to start a new section in your story, to put your life on a new trajectory. Usually lots of energy is involved when you take something out of the usual and put it in a new orbit. You want to take advantage of your surroundings, the external forces that support you and eliminate most interference.

While this is obvious in both directions of moving an electron from one orbit to another, I hadn’t been paying too much attention to that very phenomenon in social settings because I find that willpower and setting your circumstances and especially knowing who you are and finding  yourself is a very powerful story in itself. Yet, I also should take more advantages of the external circumstances in following my path like driving the Amazon down on a plank instead of struggling through the bank of thickets on foot.

“Lent is the perfect time for starting a new story”, it struck me in a recent conversation. Probably even more so than New Years, because New Years resolutions are often too vague while lent season is very specific about renouncing and fasting.

This is about starting a new section in or restarting a story in story and taking the opportunity to align that in your larger narrative. And Lent is the perfect time because it is then, when nobody is asking you about “why” when you do something different. Just two months after the New Year it gives us the opportunity to “start fresh” and now to finally take actions on our new year’s resolution, to get ready for spring. The power of tradition is it gives you an excuse like the urgency to prepare your field for sowing, because if you won’t do it you won’t have a harvest and you will starve to death.

Why is that? Why is there a Power of Traditions?

Lent is the time when nobody is asking you why you don't do something that you usually do.

Practicing renunciation during lent will not be rewarded with a surprising look, or a warning finger that you are prone to a deficiency or lack of essentials. And you’re less likely to encounter a concern that something “might be wrong with you”.

It is normal to renounce at least something, to fast during this period. Everybody knows somebody who is doing it and has some childhood memories or grandparents, and it’s present in everyday media. Fasting meat is somewhat expected. Waiving the after-work drink will not rise awkward questions when if it is justified with the reference to lent. Renouncing TV and TV news will not end in a discussion of neglecting current events.

Stepping out of the normal gives us in result to become more aware of our consumption behavior. Yet, we don’t do it often enough. We look for events and dates instead of deciding every day or every other week anew to tackle that goal we have, to make the story we want to tell our children.

Those are the foundations of storytelling. A new look on something because you do something not as usual. And good stories are those where the action is not as usual as those who identify with your story. They will understand you and won’t question you. Everybody else will question you unless it’s “do-the-unusual-or-awkward” month like growing a moustache in Novembers (Movember).

But it’s of religious origin!

It doesn't matter whether this tradition, as we know it, has its origin in religion. They find their origins themselves in storytelling. And they tell the stories of how to survive and sometimes how to thrive.

Fasting seems to have some very beneficial impacts. Even the mimicking of fasting. And many of the hygiene rules stem from religious traditions. Besides how-to live, and how to act in social settings and in a society, they tell us the basics on how to survive by cleaning rituals, what meat to eat and how to prepare it etc.

Do you have a social acceptable excuse.

And so it's still today that people unlike every other time during the year don't question you why not to go for a drink. And if it's trendy and hits the Zeitgeist rather start a conversation about why you have choosen to be i.e. sober-curious: Taking a break from booze is trendy.

They don’t question you and your new diet and that you should know diets (in the wrong sense of a temporary meal decision to achieve short-term goals) don't work. They won’t tell you that you run danger of being mall nourished and that you’re supposed to have animal-based protein. They don’t get concerned because lent is of a limited time period by design and you're changing of habits is neither seen as dangerous nor as threat. Because let’s be honest, most people feel threatened by change by pure willpower as it reminds them of their responsibility. But people don’t feel that much threatened by a story, especially not, if they can pin it to the circumstances rather than protagonist. The hero becomes the hero because she is forged by circumstances. The bad guy is the bad guy because he’s inherently bad.

Tell a new story when it doesn’t come unexpected

The best advice I can draw from that discussion is: Change your behavior – tell a new story of yourself – when it doesn’t come unexpected.

And during the lent, it's kind of expected and therefore, it's the perfect time to change your habits the way you always want it without being on the distortion pressure. Because have a changing is very much about social pressures and social expectance. It can encourage your internal behavior, drive and willpower, and most importantly channel the energy for staying on course to help reaching your personal goals.

Same goes for times of crisis. It’s a perfect time to start a new story, it's a perfect time for storytelling, it's perfect time to give you the new identity and to start something that you've always wanted. to start without the scrutiny of social circles but with hopefully even the help of them. But don’t make your choices in excuse that you can make a third party responsible. It is the other who sees your choice as normal, as not being unexpected! And that’s why you can choose to ask your friend to pay for the drinks, but should not make the excuse of having drinks because you already had meat and fries for lunch and “that’s why today it doesn't make a difference anymore anyways”. That’s the wrong story to tell.

Ask your friend to pay for the drinks

But you don’t have to renounce everything. You can decide not to prepare any meat or buy any alcohol. And if your friends give you a funny look tell them you’re not being averse to a nice steak dinner or that if they want to meet for drinks after work that they have to pick up the tab. And bam, just like that you have a nice story that everybody can talk about. Being a little eccentric, gives other people something to talk about.

The odd can be a driver of conversation, but you don’t want it to be a hindrance for what you want to accomplish. Therefore, doing what would be considered odd during “normal times” can be done excused by lent…

This is why lent is the perfect time!

This is why lent is the perfect time!

Times of Crisis, because not being “normal times”, is the perfect time to start as well.

Maybe even you being recognized as eccentric and not normal is a very good excuse for what others consider to be “doing strange things”.

Every time when something allows you to do what you actually always wanted to but were too afraid or too fed up with the external criticism then is a good time to make the external circumstances work for you.

Or, you create the external circumstances yourself. Like a monk in a monastery. By creating the surroundings that foster that behavior he’s able to tell the story that he actually wants to tell, by living a life that he finds aspiring. What’s in favor for the monk that he has put himself on a trajectory to find himself and to become himself.

Isn’t that a good story?

Get the latest posts delivered right to your inbox 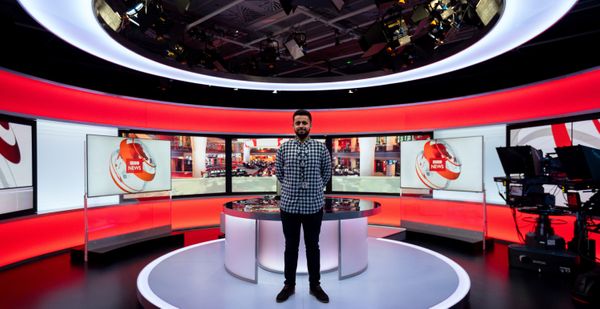 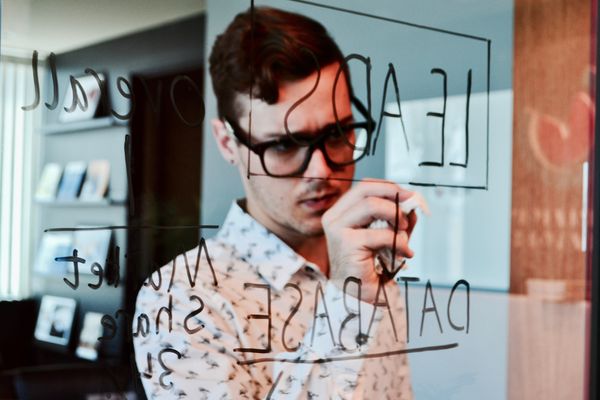 Just the Focus Do It!
—
The Power of Storytelling in Unusual Times
Share this

Stay up to date! Get all the latest & greatest posts delivered straight to your inbox to stay ahead of the curve